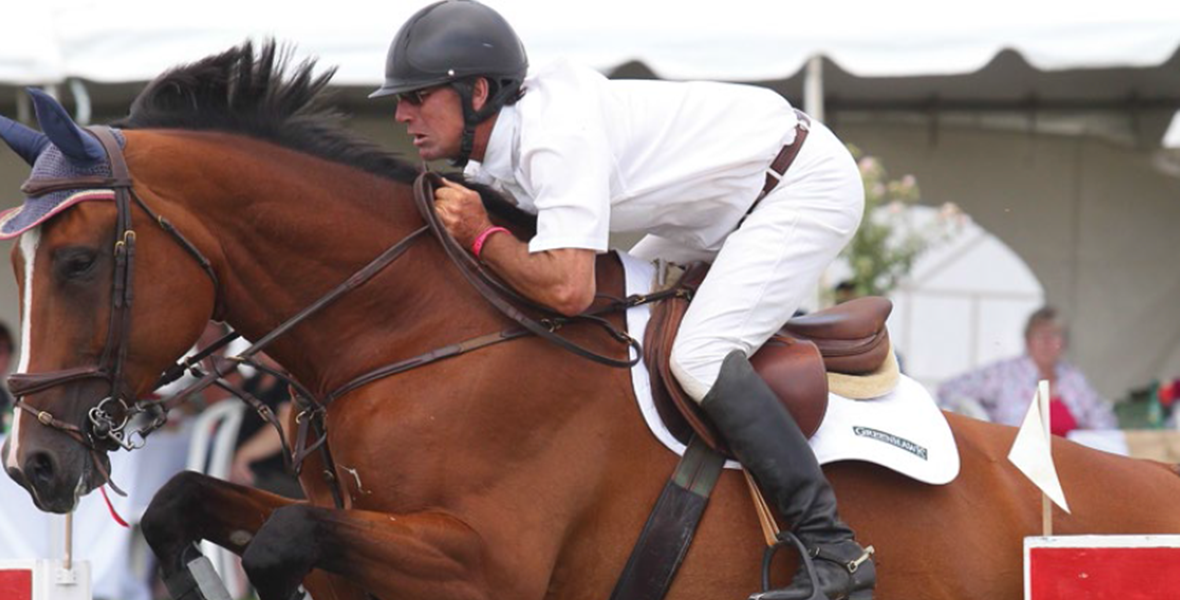 Orangeville, Ontario – Hayes Co. celebrates its 30th anniversary this year by hosting the CSI2* Orangeville Show Jumping Tournament from August 14 to 17 at the Orangeville Agricultural Society (OAS) Event Centre in Orangeville, ON.

The Hayes family has been organizing show jumping tournaments for 30 years in various locales ranging from Sutton to Collingwood to Ottawa. Now in its’ third year, the Orangeville Show Jumping Tournament has found a home at the OAS Event Centre, located in the Hayes family’s hometown.

While the location may have changed over the years, the formula for success has not. World-class show jumping combined with warm hospitality has become the trademark of the Hayes family, led by two-time Canadian Olympian Jay Hayes and his wife, Shawn, who act as the Co-Presidents of the CSI2* Orangeville Show Jumping Tournament. Their three daughters, Lauren, Ainsley and Regan, all play vital roles in the competition’s organization and success.

While the Hayes family works hard behind the scenes, the stars shine on the expansive grass jumping field. The CSI2* Orangeville Show Jumping Tournament will see top competitors from across the country, including numerous Olympians, vying for fame, fortune, and all-important world ranking points.

Friday and Saturday offer the perfect opportunities to enjoy the sport at its best. Friday’s ‘Derby Day’ culminates in the $5,000 Mitton/Lewtas Canadian Hunter Derby. Pack a picnic and enjoy a Pommies Dry Cider tailgate party while watching the horses and riders test their skills and finesse over natural obstacles on the open grass field. A full schedule of hunter classes are offered in the main hunter grass ring all week long, while on Friday the ponies will compete on natural sand to celebrate ‘Pony Day’; including Pony Power Qualifiers!

Kicking off at 6 p.m., Saturday night puts show jumping in the spotlight with the main event, the $50,000 CSI2* Zucarlos Grand Prix, presented by Kubota Canada and Stewart’s Equipment, to be televised on Rogers Television. The action doesn’t stop when the horses finish jumping – Hayes Co. will host a 30th anniversary party following the Zucarlos Grand Prix, named in tribute to Jay Hayes’s 1992 Barcelona Olympic mount.

Sunday features the $10,000 1.35m Highland Meadows Modified Grand Prix while the youngest riders on the show grounds will strut their stuff in the adorable leadline competition. To cap off the week, the Iron Horse Farm Jumper Parade of Champions will recognize all of the outstanding performances at this year’s CSI2* Orangeville Show Jumping Tournament, including the Equifit Inc. Top Trainer Award and the M. Michael Meller Style Award.

“We have so many great sponsors this year, including both new and returning supporters,” said Ainsley Hayes, Event Coordinator of Hayes Co. “For the past 30 years, we have been truly humbled by the support our peers have shown us. Organizing a top-class show jumping tournament each year is our family’s way of giving back to a sport that has given us so much over the years.”

Throughout the week, spectators can enjoy the action from the ringside ‘Champions Pub’, open to all, or purchase seating in the VIP tent. Pommies Dry Cider will be flowing in both locations.

For accommodation, look no further than the beautiful Hockley Valley Resort. Only minutes from the OAS Event Centre, a discounted rate is offered to competitors of the Orangeville Show Jumping Tournament.

For more information on the Orangeville Show Jumping Tournament, including the prize list and entry forms, please visit www.hayesco.ca or e-mail info@hayesco.ca.